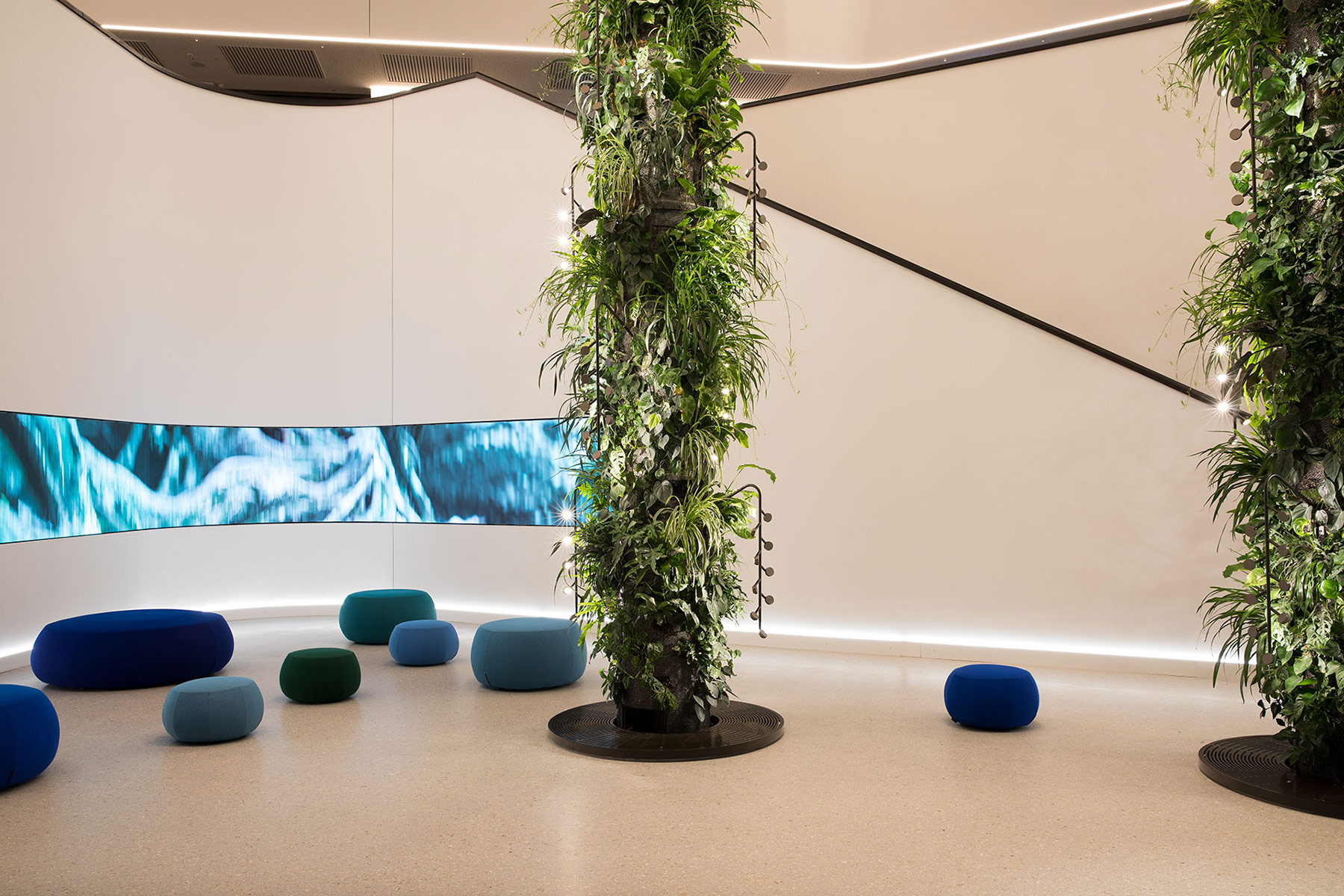 Our luminaire design of the *GLY* plant luminaire is longlisted by the dezeen awards 2020. It was specially developed for the 12m green columns in the Givaudan Innovation Center. The winner will be announced at the end of October.

The plant luminaire was developed in collaboration with Martin Nievergelt. He supported lightsphere in fine tuning, in the final phase as well as in building prototypes.